Inverness provides an excellent centre to explore both Highland and Lowland habitats, with such varied wildlife as Red Deer, Golden Eagles and Bottlenosed Dolphins 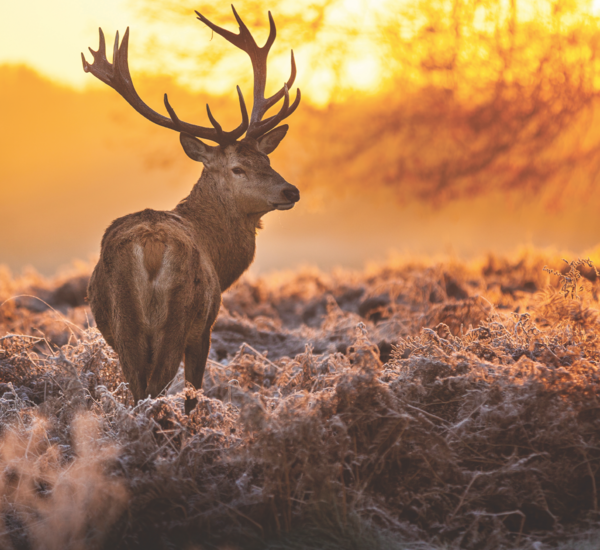 Right on the doorstep is the Moray Firth, stars of which are the bottle nosed dolphins, one of only two resident populations in Britain. Chanonry Point (Fortrose), on the Black Isle, is an excellent viewing spot in the summer months, or there are various boat trips available. If you are crossing the Cromarty Bridge on the A9, watch out for seals basking at low tide

The inner most part of the Moray Firth is internationally recognised for wintering and migrating waders and wildfowl. Good viewing points are Udale Bay, Newhall Point and Munlochy Bay on the Black Isle to the north of Inverness, and Nigg Bay slightly further north. The Black Isle is also an excellent place to spot red kites over the farmland, or coming in to roost Munlochy Bay in the evening

Among the most evocative of landscapes in the area are the ancient Caledonian pine forests of Strathspey and East Ross. They include some of the most important woods in Scotland: Abernethy, Rothiemurchus, Glen Affric and Strathfarrar. Some of Scotland's most well known wildlife is here: red deer, red squirrel, pine marten, capercaillie among them

Ben Wyvis Natural Nature Reserve lies 15 miles west of Inverness and is home to many interesting plants and animals. Red and roe deer, pine marten and golden eagle are all found here. The lower slopes support dwarf shrub heath and boglands with plants like dwarf birch, cloudberry and dwarf cornel